This September 15 marks the beginning of the 54th annual Hispanic Heritage Month, and while it’s an important moment of the year to highlight the vibrancy and diversity of the Hispanic culture and heritage, it’s also an opportunity to reflect on the Latino community’s role in American society.

As the 2020 census demonstrates, Hispanics in the U.S. have reached 62.1 million in number, representing 18.7% of the population, which makes them the nation’s largest minority group.

With this growth comes rapidly increasing purchasing power. Today, U.S. Hispanic consumers wield $1.7 trillion in annual buying power, which is higher than the gross domestic product of countries like Australia, Mexico, and Spain. According to a report by the Latino Donor Collaborative, if U.S. Latinos were a stand-alone country, they would account for the 8th largest GDP in the world—larger than the GDPs of Italy, Brazil or South Korea.

The Hispanic demographic in the U.S. is growing, and their economic power is only projected to continue to increase. Between 2018 and 2058, according to the U.S. Census Bureau, the Hispanic population is projected to grow by 82%, compared to only 9% for the non-Hispanic population. To provide an overview of this powerhouse potential, Latino buying power is projected to reach an astonishing $2.6 trillion within the next three years, a growth rate that is double that of non-Hispanics, according to the latest Census figures.

The U.S. the Hispanic community also presents a unique market opportunity because it is a young demographic: 58% of Hispanics are under 34 years of age and they demonstrate higher-than-average consumption in many industries, including retail, food and beverage, auto, personal care, tech, and infant care. More than a quarter of all multicultural people nationwide are Hispanic and under the age of 18; these individuals are still forming their buying habits and brand affiliations, which makes them an ideal target audience for brands to engage and retain. Focusing on building a brand that resonates with the Latino community is a smart investment that will prove fruitful for decades to come.

It´s time for brands and organizations to tailor their marketing to engage America’s greatest untapped opportunity.

While we group together Hispanics as the largest racial or ethnic group in the U.S., they are a diverse, intersectional cohort with varying perspectives and expectations as consumers.

Thus, Hispanic consumer journeys have their differences among each ethnic group. It is important to note that their purchasing decisions tend to be more social than personal because they can often be traced to the recommendation of a friend or family member. 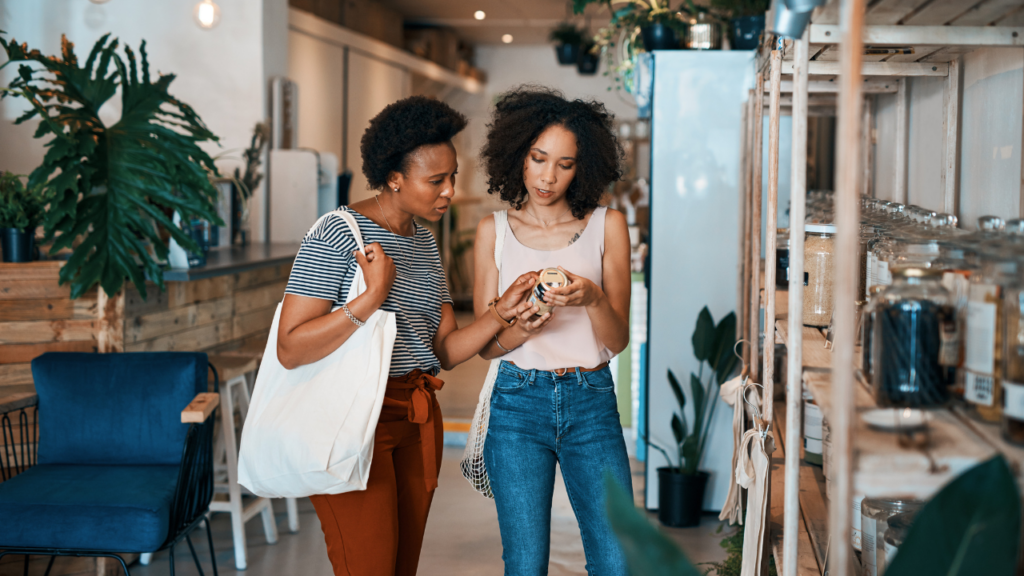 While Hispanics are a community characterized by diversity, they are firmly connected by culture, language, and shared experiences. If brands want to connect with Hispanic consumers, the first thing they must understand is that language and culture are at the heart of the Latino identity.

According to the Kantar U.S. Monitor report, 88% of U.S. Hispanics say they appreciate businesses that engage with them in Spanish, and 87% agree that businesses that make a sincere effort to be part of or invest in their communities deserve their loyalty. Advertising in Spanish is vital to winning over the Hispanic market because, like any demographic, they want to be represented, included, and taken into consideration.

According to Nielsen, 55% of Hispanics say they are more likely to buy products from brands that advertise content featuring someone from their identity group. Moreover, brand loyalty among U.S. Hispanics is high, with 80% agreeing that when they find a brand they like, they stick to it. There is an undeniable opportunity for brands that are willing to learn how to approach and connect with this audience.

So, now are you wondering how to reach and engage Hispanics? First, consider where they are spending the most time. Spanish language TV continues to be an incredibly effective platform for advertisers to connect with Latino consumers—according to Nielsen, 24 of the top 25 entertainment shows among U.S. bilingual adults are broadcast on Spanish-language channels. 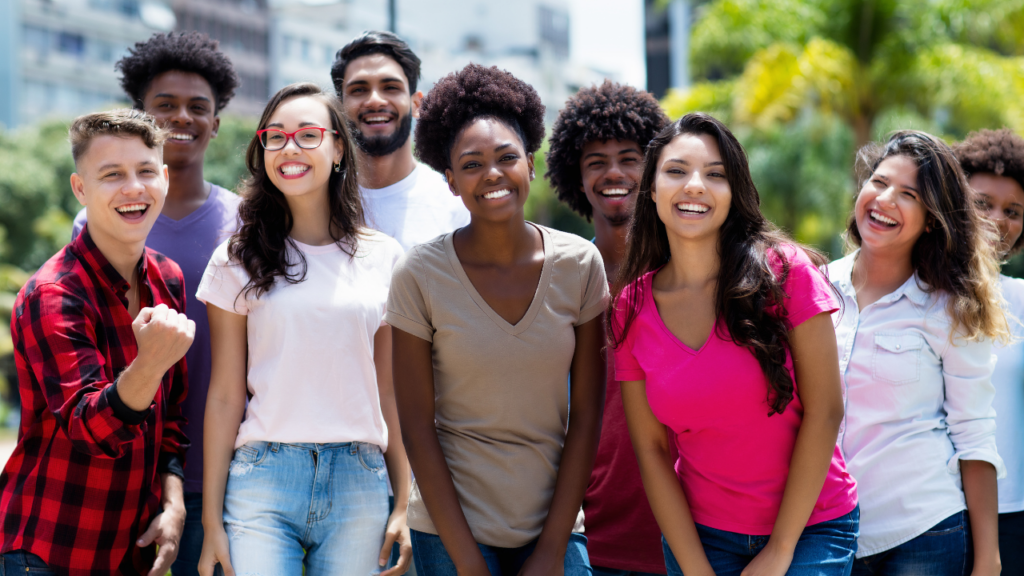 However, Hispanics’ attention is not limited to TV, as they spend more time than non-Hispanics engaging with radio, game consoles, and multimedia devices, as well as on smartphone apps, video, and online in general. It is also worth noting that they are connected to the internet more through mobile devices than from computers, and are 82% more likely to connect with brands on social media than non-Hispanics, according to research from MRI-Simmons.

60% of Hispanics were born or grew up in the internet age, which means they over-index in many areas of digital adoption and usage, making them one of the most immediate growth opportunities and an important indicator of trends. Across the board, Hispanic Americans spend more time on social media than their white counterparts, providing ample opportunity for advertisers to get in front of the U.S. Hispanic audience.

However, successfully engaging this group requires a lot more than just translating your marketing materials into Spanish. It is important to understand which platforms are best leveraged to reach them, and what type of content resonates with them as culturally relevant. Once you establish a deep understanding of the values, culture, and habits of Latinos, you can begin to build trust among the Hispanic community, earn brand affinity, and fully tap into this powerful market.

Despite making up 18.7% of the U.S. population, Hispanic consumers make up a disproportionately small share of advertising spending. According to the Hispanic Marketing Council, only 6% of overall industry investment is spent on the Hispanic community. Televisa Univisión reported that of the 1,900 brands that advertise on television today, only 500 advertise on Spanish-language TV.

This is a huge missed opportunity for those 1,400 brands, who are overlooking the potential of a significant and powerful sector of the market, which they could reach through their TV ads by capitalizing on marketing opportunities in Spanish-language television.

Latinos account for only 11.4% of aggregate consumer spending in the U.S., in spite of making up nearly a fifth of the population. Consumer expenditure could be around $500 billion higher if Latinos’ consumption matched their share of the U.S. population.

As mentioned previously, this is not for lack of buying power. Research by McKinsey & Company demonstrates that there is approximately $159 billion in unsatisfied demand among Latinos because many would be willing to spend more on offerings better suited to their needs.

According to McKinsey & Company, many Hispanic communities have inadequate access to key product and service categories, including food, housing, banking, broadband, healthcare, and consumer goods. And the unmet demand is layered: Latinos are, on average, more dissatisfied with current product and service offerings than non-Hispanic White consumers, especially in categories where they have limited access.

Shift your Perspective, Grow Your Brand

According to a 2021 report by the Stanford Latino Entrepreneurship Initiative, “Hispanic” is often perceived as synonymous with “immigrant.” While the immigrant experience is certainly prevalent among the American Latino community, the reality is that two-thirds of the Hispanic population are actually U.S.-born. 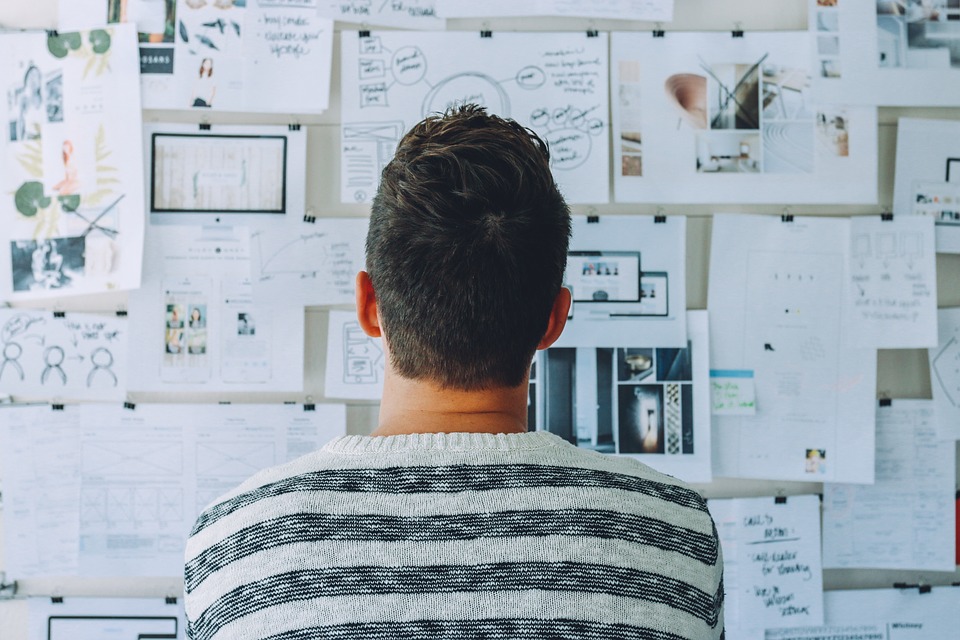 The first step in leveraging the major market opportunity presented by U.S. Hispanics may very well be questioning current beliefs about who they are. Their large and growing demographic is diverse, unique, and well-embedded across the nation. This bicultural sector of the U.S. consumes media differently than the general population, and when it comes to inclusion and representation, they have firm expectations of content creators, media platforms, and advertisers.

The Hispanic community is a consumer powerhouse, and their influence is rapidly expanding.  If your brand has not begun to develop a comprehensive marketing and engagement strategy that involves leveraging the influential Latino consumer base, now is the time to start.